Delve into the quintessential charm of Wales, Devon and Cornwall's pleasant villages and extensive countryside, and explore the elegant grandeur of some of the most exquisite stately homes of the region.

Welcome to London. After checking into your hotel, the afternoon is free.

From lush green rolling hills to old-world villages, this pretty country surprises and delights at every corner. At 07:30, make your your way along the scenic Great West Way road to Oxford. A city built to be discovered, Oxford is a wholesome image of leather-bound books, libraries, storybook buildings and picnics. Continue your journey on to the Cotswolds. Just as charming as Oxford, this breathtaking area is about as quintessentially British as it gets. Honey-coloured stone houses line the winding streets of the area's most beautiful towns and villages, while rapeseed fields decorate this colourful part of the UK in splashes of gold. See Bourton-on-the-Water and the pretty market town of Stow-on-the-Wold, before heading to the historic city of Bath, with its Roman and Georgian architecture. Head on an orientation of the city before checking in to your accommodation for the night, the luxury Apex Hotel. End your day in the most British of manners with a Sunday roast at your welcome dinner.

After a relaxed start to enjoy the amenities at your spa hotel, begin your exploration of Bath in a rejuvenated manner. Having attained UNESCO World Heritage status in 1987, this unique city is famous for its Georgian and Victorian architecture and of course its Roman-built baths. You'll start your day by exploring the history of the latter. A well-preserved site, the Roman Baths were once used for public bathing and are now open for visitors to explore their grounds and onsite museum. Later, you have the option to learn more about the life of esteemed author Jane Austen. Famous for titles such as "Pride and Prejudice," "Emma" and "Persuasion," Austen's work looks at Britain's economic and social standing in the 18th century and the role this played on women. Or, if you'd prefer, spend the rest of the day at your leisure and walk the charming cobbled streets of this quaint city, perhaps venturing into some of its independent shops.

After a relaxed start you'll move cities, and countries, as you make your way to Cardiff, the capital of Wales. Along the way you'll visit the Brecon Beacons. A mountain range in South Wales, it is little surprise this striking location is a chosen destination for so many hikers and nature enthusiasts. Its old red sandstone cliffs hold a variety of plant life, including roseroot, green spleenwort and rue-leaved saxifrages, while its range of fauna includes otters, herons, kingfishers and the soaring red kite, which is the national bird of Wales. Enjoy exploring Brecon Beacons. Choose to enjoy a gentle hike with a ranger to search for these creatures for yourself or alternatively, learn more about them with a naturalist guide over a lecture. After a morning in the great outdoors, rectify your lethargic bliss with a hearty farm-to-table pub lunch, where a delicious seasonal menu with local ingredients will be available. In the afternoon, you'll arrive in Cardiff, Wales' cultural hub.

Enjoy a relaxed start this morning. Join your travel director for an orientation of this vibrant city, see Principality Stadium, home of Welsh Rugby, and Cardiff Castle. The rest of your day is at leisure.

Start your day at Glastonbury Abbey, where you can explore its historic ruins. Founded in the 7th century, the monastery is now registered as a Grade I listed building. Later, you'll move on to Exmoor National Park, a beautiful area of moorland in Somerset. A protected Area of Outstanding Beauty, this stunning park is a mass of verdant open land, livestock and flora. Continue your scenic drive to the historic port town of Bideford. A famous filming location, it captured the hearts of the directors of the 2018 movie, "Guernsey," based in 1946. Your day ends at Bovey Castle, where you'll stay for the next two nights. Nestled in the rolling valleys of Dartmoor National Park, this accommodation stands within 275 acres of beautiful countryside and offers an 18-hole golf course, two lovely refurbished restaurants and delightful room options. Wake up to beautiful views across Bovey Castle's woodland or pretty courtyard, and unwind in one of its uniquely designed, luxurious rooms – all exude a pleasant mix of warmth and elegance. Catch up with your fellow travelers tonight over a wholesome dinner at the hotel.

This morning, head to the port city of Plymouth in Devon. Famous for its cobbled streets, gin distilleries and of course the Mayflower, the English ship that transported the first English Puritans to the New World. You have the option of taking a cruise around the harbour. Your skipper will provide all the informative commentary as you enjoy panoramic views of Plymouth Hoe. Next, you'll journey to the quaint coastal town of Looe. With its turquoise waters and sandy beach, on a sunny day you could easily pass this destination off as one in the south of France. A holiday hotspot in the Victorian era, explore Looe's comely stores and winding streets at leisure before travelling back to Bovey Castle.

Begin your day in Tintagel, mentioned in the legendary tale of King Arthur. See the ruins of its 13th century castle. Locals say Arthur was born at the castle, as its foundations have revealed a much older fortress once lay beneath it. Move on to Port Isaac, a pretty fishing village on the Atlantic coast. It is the filming location of British television show Doc Martin, and more recently, Poldark. Be sure to have your camera ready as you enjoy an orientation around the village. Continue on to Padstow and perhaps try traditional fish and chips for lunch. Though it has become more gentrified in the past few years, it has not lost its nautical ambiance. If anything, its gentrification has brought a glitzy gastronomic scene to this pretty port town. Tonight, you'll reside at your hotel nestled in the Cornish countryside.

Begin your full day exploring Cornwall with a trip to Penzance. Famous for the comic opera, "The Pirates of Penzance," true to the story, its shores just 100 years previous, in the late 18th century, had met real-life pirates. Explore this beautiful destination with your group before moving on to St Ives. Perhaps England's equivalent of St Tropez, it has long been popular with artists, with galleries and studios lining its fanciful streets. It is also the preferred retreat for British celebrities Gordon Ramsay and Kate Winslet, who both have holiday homes close by. Your final discovery for the day is Land's End. A world-famous landmark, you'll explore Britain's most southwestern point. From its wild cliffs you can see the Isles of Scilly. Beyond that is the Atlantic Ocean and North America. In the evening, you have the option of heading out for a traditional cornish meal and evening at a local pub.

Visit a manor house, nestled in Devon countryside, and learn about the history of the property. Join the owner for a quintessential Devonshire high tea, with freshly baked scones garnished with seasonal fruits from the kitchen garden. Later, move on to your accommodation for the next two nights, the beautiful Summer Lodge Country House Hotel and Spa. This five-star boutique venue is a Red Carnation hotel, owned by the same family as Insight itself. You can expect the same quality of service, elegance and luxury always front of mind. Set within Evershot, which Thomas Hardy used as the inspiration for the fictitious "Evershed," in his novel "Wessex," the hotel lives up to its picturesque, storybook setting. With a croquet pitch, falconry, horse riding and shooting just a few of the activities it offers, you will have lots to keep you pleasantly busy.

After a relaxed start, learn what goes in to being Lord or Lady of a grand house today, as you explore two of Britain's finest, Mapperton House and Montacute House. Mapperton house is owned by Lord and Lady Sandwich, whose ancestor, John Montagu, the fourth Earl of Sandwich, is famous for inventing the convenience food itself. Learn more about the house, its history and yoga loving owner, Lady Julie Montagu, who has also built a yoga and health empire for herself. The location was also used to film "Far from Madding Crowd," an adaptation from the Thomas Hardy novel, starring Carey Mulligan. The second part of your day will be spent exploring Elizabethan Montacute, a National Trust house and gardens. Its Long Gallery is the longest in Britain, and it is here that through the house's partnership with the National Portrait Gallery, it displays a range of old oils and watercolours. The house has also been used as the backdrop for many films including "Sense and Sensibility," and "Wolf Hall." In the evening, toast to your travels with your fellow travelers at your hotel over a celebration dinner.

It's time to say goodbye to Dorchester as you make your way to Stonehenge. A prehistoric monument found in Wiltshire, its ring of standing stones is believed to have been constructed between 3000 BC and 2000 BC. It was made a legally protected Scheduled Ancient Monument in 1882 and as one of Britain's most iconic sites, it draws visitors in every year to find out more about its mystical formation. Later, head to Selborne to visit the Selbourne Pottery workshop famous for the pottery established by Robert Goldsmith in 1985. Meet Robert himself and learn more about how he makes these acclaimed ceramics over a demonstration. End your day back in London, where you'll be transferred to the airport or to the hotel if you choose to extend your stay.

Your journey ends this morning.

Price is subject to change. Pricing is per person, double occupancy, land only, based on October 1, 2022 travel date. International airfare is additional. 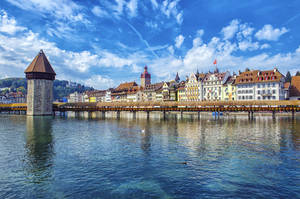 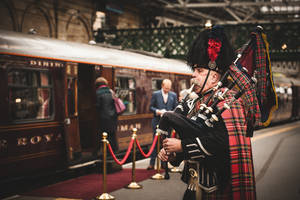 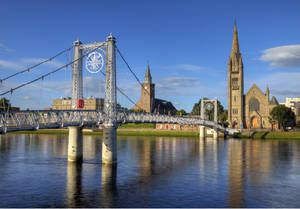 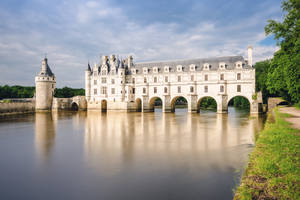