Resorts And Ranches Of Colorado And New Mexico

Prepare for a scenic adventure that truly reconnects you with nature, as you make your way from Colorado to Vermejo Park Ranch and New Mexico. Along the way, stop at the United States Air Force Academy, witness Garden of the Gods and take a scenic ride to Pikes Peak. Take in the ranch's spectacular natural surroundings and perhaps go horseback riding, hiking or fishing with your fellow travelers. Visit the UNESCO World Heritage site of Taos Pueblo and delve into New Mexico's Native cultures at this National Historic Landmark before getting to know the distinctive "City Different" of Santa Fe.

Your complimentary, private transfer takes you to your local departure airport. Welcome to Denver, the gateway to the Rocky Mountains. The capital of Colorado, it is famous for its romantic 19th century architecture, modern restaurants and overall laid-back culture. Colorado itself is celebrated for its deserts, canyons and alpine mountains, attracting a new group of nature-loving travelers every year. On arrival, your private transfer will take you to your AAA Four Diamond hotel, where you can relax and freshen up, before meeting your traveling concierge and fellow guests. End the day with a private welcome reception with drinks and dinner.

On the way to Colorado Springs, stop at the United States Air Force Academy and get a glimpse into the life of a United States Air Force Academy cadet. Then visit Garden of the Gods, a National Natural Landmark and public park, which is made up of 1300 sandstone formations. Imagine dramatic views, 300' towering sandstone rock formations against a backdrop of snow-capped Pikes Peak and brilliant blue skies. Afterwards, join a local expert for a guided visit through the park. Enjoy your evening at leisure.

Enjoy a relaxed start with a choice of breakfast options, before heading over to Pikes Peak Cog Railway for a thrilling scenic ride aboard this just-restored iconic attraction. Once at the top of Pikes Peak, the highest summit of the Rocky Mountains' southern Front Range, you'll understand how the views inspired Katharine Lee Bates to write what is now one of the most patriotic songs - "America the Beautiful." In the afternoon, choose to pursue your own interests at the resort or head to the United States Olympic and Paralympic Museum where you'll participate in an exclusive, behind-the-scenes guided tour by athletes in training. Learn about what it takes to train for these iconic games. In the evening, choose from 10 different dining options at the Broadmoor's award-winning restaurants. From Italian cuisine, to English inspired dishes and classic American options, the choice is yours.

Start the day with a delicious breakfast, you have two restaurants to choose between. Today, head to Vermejo Park Ranch. Often referred to as a private national park, it stretches from the Great Plains to the summit of the Sangre de Cristo Mountains, in total across 590,000 acres. The ranch is owned by businessman, environmentalist and founder of CNN, Ted Turner. You'll stay here for the next three nights. In the evening, take a step back in time and experience turn-of-the-century luxury. As you meet your fellow travelers for cocktails in the lounge of the historic Casa Grande. Once Ted Turner's private quarters, Casa Grande, is a 25,000-square-foot stone mansion restored by Jane Fonda, then Ted Turner's wife. It blends Southwestern accents with 1900s grandeur. As you navigate through the marble column hallways, you'll feel transported to an elegant 1920s soirée. This historic home boasts a billiards room, renovated chef's kitchen, and conservatory. Move to the main dining room for a gourmet, à la carte Southwestern dinner experience.

After a hearty breakfast, head out for a guided hike, where you'll have the chance to take in the ranch's natural surroundings. It is home to over 8000 elk, 4000 mule deer, pronghorn, bison, black bears, cougars and Rocky Mountain bighorn sheep. Please note: a wide range of additional activities is available at an additional cost, paid by guests directly to Vermejo Park Ranch. Your traveling concierge will be available to make all necessary arrangements for you. Join your new friends for lunch with wine in the main dining room. Later, test your fly fishing and deep nymphing skills. This world-class fishing sanctuary holds 19 fishable lakes and over 30 miles of streams. Enjoy a pre-dinner cocktail, before sitting down to a family-style feast at the ranch. Popcorn at the ready – end your evening on the main lawn of the lodge, for a Cinema Under the Stars experience.

For those wanting a mindful morning, opt for a yoga lesson in the courtyard of the lodge. Today is a day for adventures. Take in Vermejo's natural wonders and diverse landscapes on a guided horseback ride. In the afternoon, enjoy lunch with wine, before continuing your active day with a 3D archery course. Test your aim with eight stations, 3D targets, and natural obstacles. In the evening, enjoy cocktails while participating in lawn games, before heading for dinner. Indulge in one of Chef Giovanni's famous cookouts on the mansion's verandah, for your last meal at the ranch.

Move on to the town of Taos, set in New Mexico's high desert. On the way, stop at the Old West town of Cimarron. Take a peek at the St. James Hotel, an old outlaw heritage that is said to be haunted by spirits from its "wild west" era. See the bar's pressed silver ceiling, which has been punctured by over 20 bullet holes, and its original period rooms. Former guests include Annie Oakley, Kit Carson, Jesse James, Davy Crockett and Doc Holiday. Visit the Downtown Taos Historic District and stop at Taos Plaza, which is also recognized as a historic landmark. Locals gather here for live music and concerts. Here, you will have time to wander around and pick a restaurant for lunch on your own. Later, head for Taos Pueblo, a significant UNESCO World Heritage Site and National Historic Landmark, occupied for 1,000 years by the "Red Willow" people of Taos. Meet your local expert, a pueblo resident, to explore the pueblo and learn about its history and about the life of the pueblo inhabitants. Then a brief stop at the most photographed and painted church in all of America, San Francisco de Asis Mission Church, famously photographed by Ansel Adams and painted by Georgia O'Keeffe. A beautiful drive through historic Embudo Valley along the Rio Grande River brings you to Santa Fe, one of the oldest capitals in the United States, filled with its own history. Your day ends at a new hotel, the historic La Fonda on the Plaza, a AAA 4 Diamond hotel. Situated close to the Palace of the Governors and Santa Fe Plaza, it offers luxury comforts and a spa tub for your evening at leisure.

After a relaxing breakfast, our morning will include a tour around the City Different, as Santa Fe is known for good reason. Santa Fe is also designated by UNESCO as a Creative City in both Folk Art and Design categories. Join your local expert for a unique Santa Fe experience, combining architecture, history, culture and local treats. Walk next door to visit the Loretto Chapel and its famous Miracle Staircase. Also pay a visit to the Palace of the Governors. This afternoon, explore Santa Fe Your Way as you have a choice between three self-guided visits: the Loretto Chapel and its Miraculous Staircase; the Palace of the Governors, an adobe structure designated Registered National Historic Landmark and American Treasure; and the Georgia O'Keeffe Museum, an almost essential experience to appreciate New Mexico. Commemorate your travels with a Celebration Dinner at Mark Kiffin's, James Beard award-winning The Compound restaurant, a corner stone of the culinary landscape in Santa Fe for the past 20 years.

It's time to say goodbye to your fellow travelers as your trip comes to an end. Take an organised transfer to Albuquerque International Airport, or extend your stay in Santa Fe. On arrival at your home airport, your driver will greet and escort you to your waiting car for your private transfer home.

Subject to change. Pricing is per person, double occupancy, land only, based on May 1, 2022 travel date. 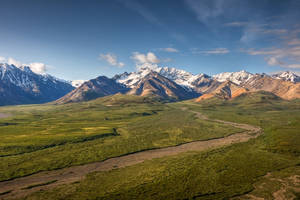 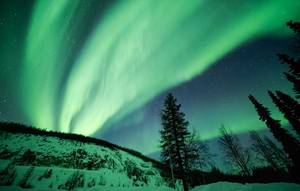 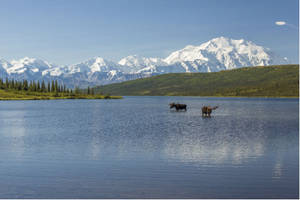 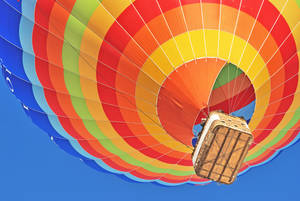