Quito's finest luxury boutique hotel, private sightseeing in a small group of never more than 16 guests and unique cultural encounters highlight your experiences in Quito. In the Galapagos, the upper deck outside cabins of our intimate expedition vessel and experienced naturalists make your voyage truly distinctive.

Guests arrive in Quito today and will be met at the airport and chauffeured to our luxury boutique hotel to enjoy their complimentary pre-tour overnight in the historic heart of the capital.

After breakfast, guests have this entire day to enjoy and explore as they wish in this historic city, recognized by UNESCO as a World Heritage Site. Our other travelers will be arriving today.

Our cooking demonstration is a fun way to learn about the history, ingredients and methods of Ecuador's culinary traditions.

Recognized as a UNESCO World Heritage Site, Quito's historic district is filled with treasured architectural landmarks that bear witness to the city's Spanish Colonial heritage. With our engaging native-born guide, you'll admire the stately buildings that grace the central Grand Plaza - including the Presidential Palace and Cathedral. At the Church and Convent of San Francisco, founded 1537, you'll discover one of the most significant and oldest of Quito's landmarks. Then delight in a guided stroll through La Ronda, a charming historic district filled with shops, studios and galleries. Spend time with some of these resident artisans including the owner of a hat shop who learned her millinery skills from her father; for 60 years, the family has been producing some of Quito's finest hats! For lunch, we'll take you to a restaurant set in a handsome colonial house. Join the chef for a lively talk and cooking demonstration, followed by a congenial lunch.

Take in sweeping views through the floor-to-ceiling windows of your upper deck stateroom aboard La Pinta.

You'll be escorted to the airport this morning for your included flight to Baltra Island in the center of the archipelago. On arrival, you'll be met and escorted to the pier to board our intimate Galapagos cruiser, La Pinta. You'll have time to settle in to your upper deck outside stateroom before a welcome briefing and safety drill. Sit down to lunch with your fellow passengers as we chart a course for South Plaza Island, the site of your first naturalist-guided shore expedition. From the white sand beach, edged with black lava formations, you can see groves of prickly-pear cactus and a vast expanse of sesuvium, an unusual succulent that changes from bright green to red, orange and purple depending upon the season. This small island is home to colonies of sea lions, small yellow-grey land iguanas and marine iguanas. Red-billed tropicbirds and swallow-tailed gulls are just some of the many birds that can be seen nesting along the rocky shoreline. After dinner, an evening briefing with our experienced shipboard naturalists offers an entertaining and informative look at the adventures to come.

Explore the fascinating undersea realm with free wet suits and snorkeling gear and aboard our glass-bottom boat.

After breakfast, our panga boats will bring you from La Pinta to an idyllic white sand beach on the northeast coast of Santa Fe Island. The beach is inhabited by a large number of sea lions that can sometimes be seen surfing in the waves just off shore – it's an exciting sight to behold! With our sharp-eyed naturalist, this morning's walk also offers a chance to see Galapagos hawks, Santa Fe land iguanas (unique to this island), and the impressive Santa Fe Opuntia cactus. After the walk, you can swim and snorkel in the bay or ride in our glass-bottom boat. After lunch, you'll step off in the town of Puerto Baquerizo Moreno for an excursion to the Cerro Colorado Tortoise Reserve. The visitor center here is a great place to learn about the San Cristobal tortoises and their relationship to the various tortoise species found on other Galapagos islands. Exploring the reserve along a network of trails allows you to observe these remarkable giant tortoises as well as other endemic species including Chatham mockingbirds, flycatchers, yellow warblers and a variety of finches

Enjoy unforgettable, up-close encounters with the unusual creatures of the Galapagos!

Today finds you exploring San Cristobal Island at the far eastern edge of the archipelago. In the morning, you'll join our naturalists to land on the small beach at Punta Pitt, home to a raucous bachelor colony of sea lions. The trail that ascends from the beach offers great views and the only place in the archipelago where all three varieties of boobies (red-footed, blue-footed and Nazca) can be found nesting together! This landing site also offers another chance to observe two species of frigatebirds, swallow-tailed gulls and storm petrels. The hardy vegetation that thrives in this harsh volcanic landscape offers insight into the unique fauna of the archipelago and includes saltbush, spiny shrubs, Palo Santo trees and a variety of small cacti. Conditions permitting, you can end your morning ashore with some swimming or snorkeling from the beach. In the afternoon, you'll explore by panga boat along the rugged, tuff-cone shoreline of Cerro Brujo, one of the first places in the Galapagos visited by Charles Darwin. You'll go ashore on an expansive white coral-sand beach that's great for swimming and snorkeling. Narrated exploration with our expert naturalist reveals a diversity of coastal and migratory birds including pelicans, blue-footed boobies and swallow-tail gulls as well as sea lions and marine iguanas.

Your first shore expedition on Española Island is at Punta Suárez, hailed as one of the best landing sites in the Galapagos and noted for its amazing variety and abundance of wildlife. At the rocky landing site, you'll likely be greeted by groups of resting sea lions; the young ones are often nearby cavorting in the shallow waters offshore. Unusual, vividly colored red and green marine iguanas are also a common sight when you first step ashore. As you venture inland with our knowledgeable naturalist, you'll see and learn about many other creatures including Galapagos doves, Española mockingbirds, three species of Darwin's finches and thriving colonies of blue-footed and Nazca boobies. Near the end of the trail, a lava fissure has created a blowhole where water can be sprayed up to 100 feet into the air during high tide. From April to December, visitors can walk along the edge of a waved albatross breeding colony. With up to 30,000 birds in residence during these months, this represents nearly the entire world population of these fascinating birds that mate for life and produce just a single egg each year. Following lunch onboard, you'll return to Española Island for a relaxing afternoon at Gardner Bay. Extending for almost one mile, this expansive white coral-sand beach is one of the loveliest in the Galapagos Islands. It's a great place to swim or take advantage of our complimentary snorkeling gear, kayak and glass-bottom boat. From November to March, green sea turtles can often be seen in the waters of Gardner Bay. If you stay ashore to explore along the beach, you're likely to encounter Darwin finches, resting sea lions and Española mockingbirds.

Instead of Guayaquil, you can choose to fly back to Quito and overnight again at Casa Gangotena, a luxury boutique hotel.

After breakfast, you'll disembark on Santa Cruz Island to visit the esteemed Charles Darwin Research Station. Here you'll see giant Galapagos tortoises and learn about the center's ongoing conservation work to ensure the survival of this remarkable creature as well as the overall health of the archipelago's fragile environments. Then travel via motorcoach and ferry across the channel to nearby Baltra Island for your included flight back to the South American mainland. You can fly to Guayaquil or Quito – where we include your overnight accommodations and a transfer to the airport in the morning. Or you can connect to your international flight on the same day.

We transfer you to the airport today for your onward flight.

Pricing is per person, double occupancy, land, cruise and on-tour flights only, based on September 18, 2023 travel date. Single supplement from $3,800. International airfare is additional. Call AAA for current airfare rates and availability. Save up to $500 per person when you pay in full at booking. Ask about our Northern Galapagos itinerary and our 11-day journey featuring a 6-night cruise to the Western Galapagos.. 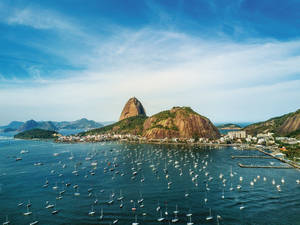 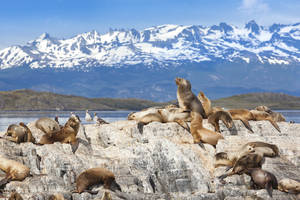 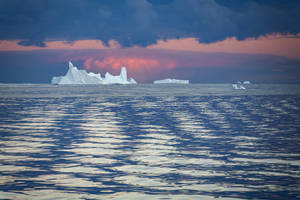 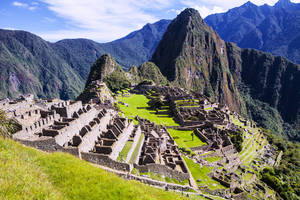